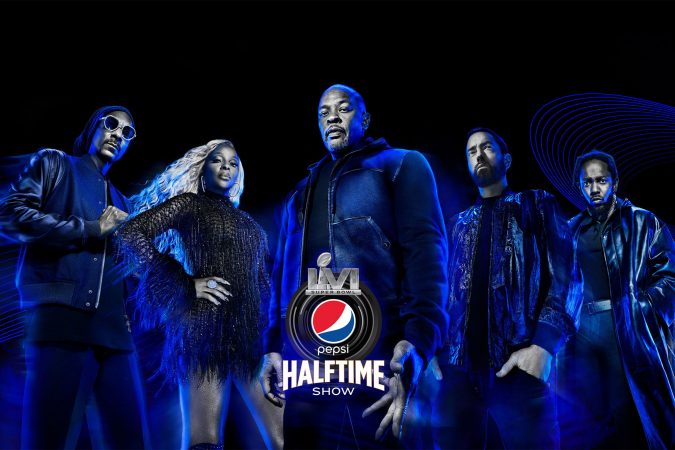 We are just weeks away from the upcoming Super Bowl halftime 2022 show. The Super Bowl halftime show has been a bit of a hit and a miss for the NFL in recent years, but the league seems to have gotten it right this year, bringing in some of the biggest stars in Southern California to perform at SoFi Stadium this year.

While most fans would have loved to see them perform back in the early aughts when they had some of their biggest hits, there are plenty of hits between them to keep hip-hop and R&B fans entertained during the Super Bowl halftime.
The NFL already got fans hyped for the Super Bowl performance after releasing a trailer featuring the artists and some of their biggest hits playing in the background. According to Dr. Dre, the performance will represent a homecoming for the Los Angeles artists. “The opportunity to perform at the Super Bowl Halftime show, and to do it in my own backyard, will be one of the biggest thrills of my career,” Dr. Dre said in a statement. “I’m grateful to JAY-Z, Roc Nation, the NFL, and Pepsi as well as Snoop Dogg, Eminem, Mary J. Blige and Kendrick Lamar for joining me in what will be an unforgettable cultural moment.”
“On February 13, 2022, at the Super Bowl LVI in Inglewood, California, in the new SoFi Stadium, Dr. Dre, a musical visionary from Compton, Snoop Dogg, an icon from Long Beach and Kendrick Lamar, a young musical pioneer in his own right, also from Compton, will take center field for a performance of a lifetime,” Shawn “JAY-Z” Carter said in a statement. “They will be joined by the lyrical genius, Eminem, and the timeless Queen, Mary J. Blige. This is the Pepsi Super Bowl Halftime Show. This is history in the making.”